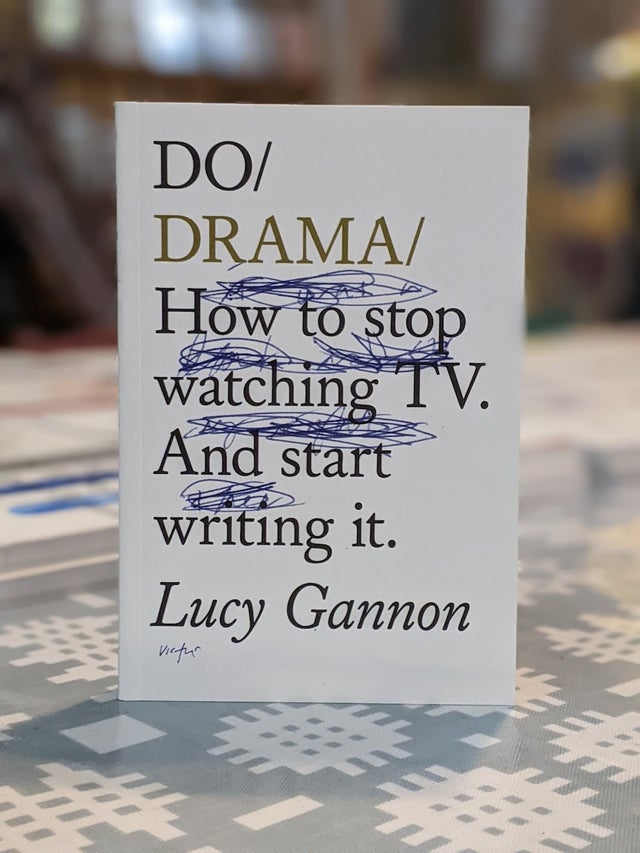 Do Drama - How to stop watching TV. And start writing it

Do Drama - How to stop watching TV. And start writing it Lucy Gannon

Have you ever said, 'I'd love to write a script, but don't know where to start'? Or watched the latest binge-worthy Netflix series and thought you could do better?

Do Drama explores the how and why of writing drama, not as an instruction manual, but as a lively conversation with one of Britain's most prolific and successful screenwriters, Lucy Gannon. And she didn't write her first play until she was 39.

By sharing what she has learned over three decades of writing primetime drama, she will now help you, whether a novice or more experienced writer, to:

Writing drama is not about education, class or cleverness, it's about your deep desire to tell stories, to create characters, finding the humour alongside the pathos, to delight and enthral millions. There is no golden path into production. But the world is hungry for talent. You are the talent. So, what are you waiting for?

2 available
Add to Cart
Powered by